Some people are still skeptical about Bitcoin, calling it a passing out fad. Yet there are a lot of them who are starting to observe its benefits. A survey carried out two years ago revealed that almost 36% of small and medium sized businesses are accepting cryptocurrency as a mode of payment. Larger companies like AT&T, Microsoft and Wikipedia are also accepting it as payments too.

Bitcoin can be meanwhile purchased with real cash, it is often commonly mined through a combination of specialized software and hardware, also known as bitcoin mining software. That’s right, a crypto mining app is no longer a concept on a piece of paper, it’s real.

In this post, we will examine the best bitcoin mining software on the basis of reputation, user-friendliness, features and the like.

Hence, here are expert handpicked crypto mining app that are able to help everyone with free bitcoin mining:

The bitcoin mining software was developed in 2011 by Con Kolivas, an Australian anesthetist and programmer, who created it for mining cryptocurrencies like Bitcoin and Litecoin. The app uses a command-line interface allowing users to mine their rigs via remote means.

The app also controls fan speeds and other settings via easy keyboard commands. It also offers advanced detection of new cryptocurrency blocks. Moreover, scaling of hashing power minus any delay is made easier.

Though it is based on Linux, the software is compatible across many platforms thus running easily on Windows and Mac PCs. Being open-source, it is written in C. It is easy to verify its code. Additionally, it works with an array of mining hardware other than ASICs, including GPUs, CPUs and FPGAs.

But CGMiner lacks a graphical user interface and that can scare beginners. Advanced users can use it easily. It is also difficult to install on computers using Windows 10. Antivirus software including Windows Defender can be a barrier to its operations. It is, however, free to download.

Its advantages are as under:

Its disadvantages are as under:

BFG Miner was designed for FPGA and ASIC mining. It offers advanced level users the chance to tweak numerous aspects of the free bitcoin mining process, via dynamic clocking, monitoring and remote mining ring interface. This is why the software is among the best bitcoin mining software picks for customization.

BFG Miner was released in 2012 by developer Luke Dash Jr. It has become one of the most popular bitcoin mining software available but only behind CGMiner. It allows users to monitor hardware temperature, look for and start idle threads and even manage rigs by remote means. It even puts things in a square manner in the category of software best for customization.

As BFGMiner was originally created to add FPGA support to a popular GPU miner at the time of its development, this software is only compatible with ASIC and FPGA. Like CGMiner, the software is written in C and runs on Linux, Windows and Mac computers. It also has an option for installation on Raspberry Pi.

Like CGMiner, this bitcoin mining software utilizes a command-line interface with customizable hotkeys. While it is easy to use for advanced users, the lack of a GUI may make the software hard for use among beginners. Yet it is free to download from free bitcoin mining sites too.

Its advantages are as under:

It has one disadvantage and that it is easy for advanced users to utilize it with relevant ease.

Multiminer was developed using BFGMiner’s mining engine. It features a clean GUI, automated hardware detection and mining features. It also has cross-platform compatibility, making it a worthwhile choice as the best crypto mining app for ease of use.

It was developed in 2013 by BFGMiner developer Nate Woolies. Although it is created on the BFGMiner engine, the bitcoin mining software features a GUI which is user friendly and quick start mining features. It is a worthwhile choice of many due to its user-friendly nature.

A lot of crypto mining software requires a degree of coding skills, novices can get started with MultiMiner without much technical skills. Multiminer walks users easily through the installation and then scans the hardware’s details, especially the average hashing power and the linked pool. 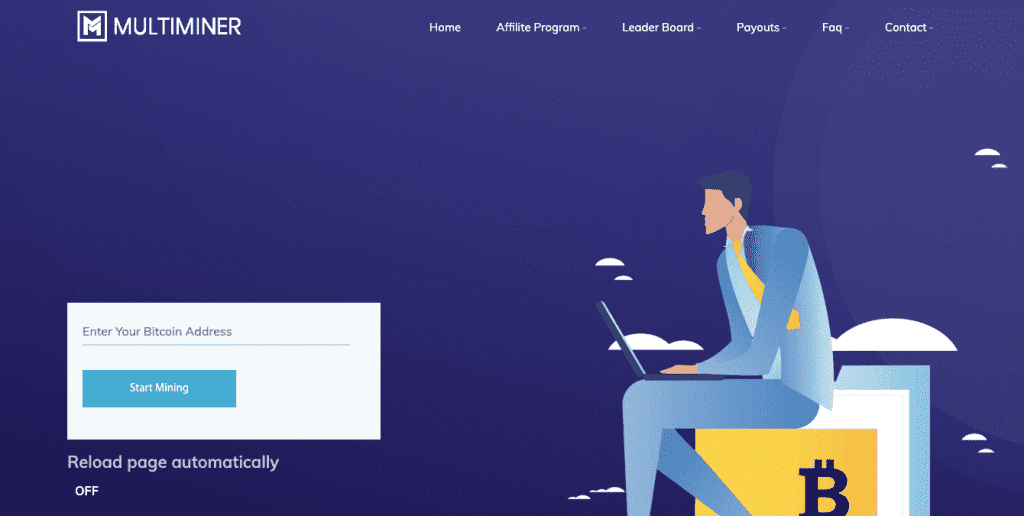 Multiminer goes quite deep and shows users exactly how they should connect to a pool, especially where to enter information associated with the pool.

Multiminer also offers users remote access to their mining rigs. It helps them choose their mining strategy and automatically mines out those that are quite profitable or having low difficulty. It also shows estimated profits on display too.

The crypto mining app was made for windows. Hence users must install additional software for Mac and Linux based computers. Yet, there are simple instructions for these processes. Multiminer also makes it easy to switch between mining rigs, like ASICs, GPUs and FPGAs.

Though it is appealing to starters, power users can also access the advanced features Multiminer has to offer, like direct access to API settings, engine arguments and vice versa. It is free to download from free bitcoin mining sites.

Here are its advantages:

Here are its disadvantages:

Awesome Miner is a worthwhile free bitcoin mining tool helping users manage many mining rigs and miner’s pools from one dashboard. Consequently it tops the lists of one of the best centralized cryptocurrency mining and management software.

Awesome Miner was made by Swedish software company IntelliBreeze in 2014. The software supports large scale mining with a dashboard letting users manage many mining engines and pools in the same individual operation.

It has a couple of robust features to help users maximize profits and reduce downtime. The software can manage a lot of mining hardware at the same time, like ASICs and FPGAs. It also  supports more than 50 mining engines such as cgminer, bfgminer, xmrig, srbminer etc.

Moreover, it is compatible with popular mining algorithms for cryptocurrencies, like SHA-256, Scrypt, X11, Zcash and Ethereum calculator.

Awesome Miner helps users add, switch and manage multiple miner tools with a single click. It reduces time in mining. All of this is managed via the comprehensive dashboard which also helps display hardware properties (such as fan speed, temperature etc.).

It has a built-in C# script engine miners can utilize it to create customized triggers and actions. Although it is designed for Linux and Windows, the web version of it can be accessed easily from any computer or browser. It is free to download and use with ease.

Here are its advantages:

Here are its disadvantages:

A handful of cryptocurrency mining software caught the attention of experts in the field. This is the reason why these software are the best for usage in terms of mining bitcoin. Experts hope that these software can be utilized properly and catch much needed good reviews.
Moreover, those who are carrying out cryptocurrency mining as a part of remote working should take notice of them so they won’t face difficulties in mining crypto currencies.

Things to Know Before Building a Trading App

What is the Safest Crypto to Invest in?